The Redmi 7A unveiled back in May will get a successor next week, as Xiaomi has announced it will launch the Redmi 8A . The company also confirmed that Redmi 8A will pack a 5,000 mAh battery which is an upgrade over the 4,000 mAh cell its predecessor ships with.


Xiaomi hasn't revealed any other specifications of the Redmi 8A, but through the reference of TENAA, we know it will sport a 6.2" HD+ display and have a 2.0 GHz octa-core processor under the hood coupled with 2GB, 3GB, or 4GB RAM.TENAA further reveals that Redmi 8A will boot Android Pie and will come in three storage options - 16GB, 32GB, and 64GB. For photography, the Redmi 8A will have 12MP rear and 8MP selfie cameras. 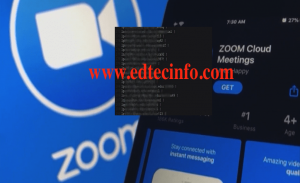 500,000 Zoom Accounts are Hacked and Given Away For Free On The Dark Web

How to create a system specification report in Windows 10

How to check Laptop or PC full specifications in Windows 10